This Story Brought To You By

Civil rights leader dead at 85; cause of death not released.

Former presidents and everyday Americans were among those paying tribute Tuesday to Vernon Jordan, a civil rights leader and a close adviser to former President Bill Clinton. Jordan passed away Monday night. He was 85.

His death was confirmed in a statement to The New York Times by his daughter, Vickee Jordan. She also released a statement to CBS News, saying, “My father passed away last night around 10p surrounded by loved ones his wife and daughter by his side.”

A cause of death has not been released.

Clinton, along with another former president, Barack Obama, were among those recalling their friendship with Jordan and his inspiration.

“From civil rights to business, Mr. Jordan demonstrated the highest quality of leadership and created a path forward for African-Americans where there were none,” said Jaime Harrison, chairman of the Democratic National Committee. “He will be missed.”

“Today is a sad day in Georgia as we mourn the loss of another native son and giant of the civil rights movement,” said U.S. Rep. Nikema Williams of Georgia’s 5th congressional district and chair of the state Democratic Party. “Having grown up in segregated Atlanta, Vernon Jordan fought racism and injustice at home before rising to the highest echelons of American politics and business. He blazed countless trails and leaves a legacy of service, wisdom, friendship, and mentorship that has touched countless lives and will continue to impact generations to come.” 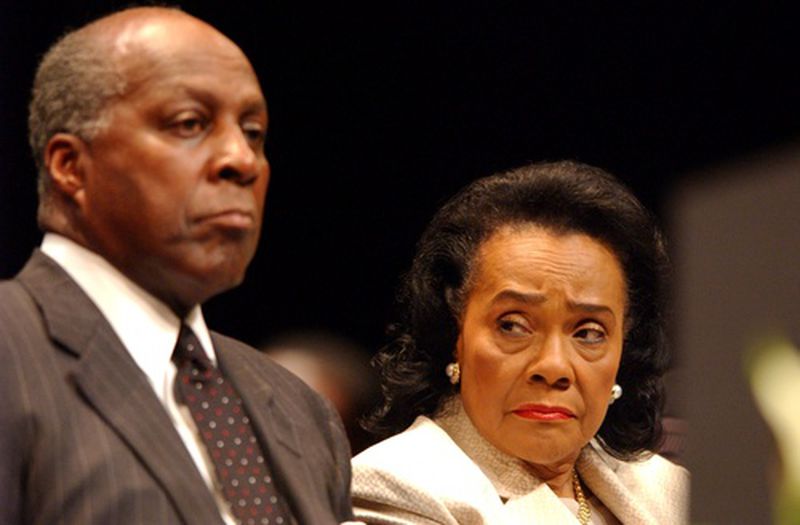 Atlanta Mayor Keisha Lance Bottoms said, “like many others in Atlanta, there is a deep and abiding personal connection to Mr. Jordan. He spent a lifetime fighting injustice — from the marching band of David T. Howard High School, to the court room, to the White House, to the boardroom and beyond, he made Atlanta proud to call him our own.”

Vernon Eulion Jordan Jr., was born in Atlanta on Aug. 15, 1935, the second of Vernon and Mary Belle Jordan’s three sons. Until Jordan was 13, the family lived in public housing. But he was exposed to Atlanta’s elite through his mother, who worked as a caterer for many of the city’s affluent citizens.

Jordan was an honor graduate of David Tobias Howard High School. Rejected for a summer intern’s job with an insurance company after his sophomore year in college because of his race, he earned money for a few summers for college by working as a chauffeur to former city mayor Robert Maddox, then a banker.

Jordan graduated from DePauw University in Greencastle, Indiana, in 1957, with a degree in political science, where he was the only Black in his class and one of five at the college. He then attended Howard University School of Law in Washington, and returned to Atlanta to join the law office of Donald L. Hollowell, a civil rights activist.

Jordan was part of the legal team that helped Charlayne Hunter and Hamilton Holmes win admission as UGA’s first African-American students in 1961.

“Vernon Jordan played an important role in one of the defining moments in University of Georgia history,” said UGA President Michael F. Adams. “The courage, resolve and commitment to social justice that he demonstrated then have remained hallmarks of a career that has won him the admiration and appreciation of all Americans. The University of Georgia takes great pride in recognizing his achievements and contributions with this honorary degree.” 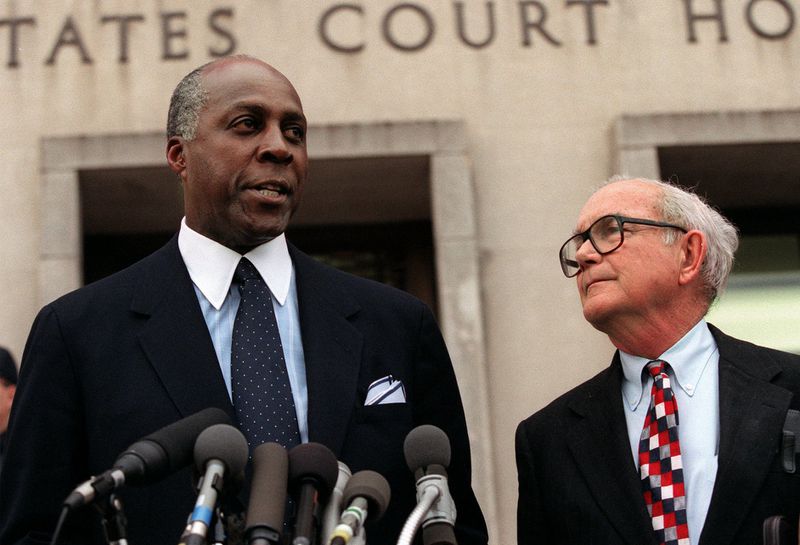 After leaving private law practice in the early 1960s, Jordan became directly involved in activism in the field, serving as the Georgia field director for the NAACP, then moved on to the Southern Regional Council and then to the Voter Education Project. During his two years in the role, Jordan built new chapters, coordinated demonstrations and boycotted businesses that would not employ Blacks. He also later organized voter registration drives in the South, headed the United Negro College Fund and National Urban League.

Jordan considered running for Georgia’s fifth congressional district seat in 1970, but was tapped that year to head the United Negro College Fund. Holding the position for just 12 months, Jordan used his fundraising skills to fill the organization’s coffers with $10 million to help students at historically Black colleges and universities.

In 1971, after the death of Whitney Young Jr., Jordan was named the fifth president of the National Urban League, which is dedicated to empowering African Americans to enter the economic and social mainstream.

“I believe that working with the Urban League, the NAACP, PUSH and SCLC is the highest form of service that you can perform for Black people,” Jordan said in a December 1980 interview in Ebony Magazine.

His friendship with Clinton, which began in the 1970s, evolved into a partnership and political alliance. He met Clinton as a young politician in Arkansas, and the two connected over their Southern root.

On May 29, 1980, Jordan was shot and seriously wounded outside the Marriott Inn in Fort Wayne, Indiana, by a white supremacist. Jordan left the Urban League and joined the Washington, D.C., law firm of Akin Gump Strauss Hauer and Feld.

Although Jordan held held no official role in the Clinton White House, he was highly influential and had such labels as the “first friend.” He approached Colin Powell about becoming Secretary of State and encouraged Clinton to pass the NAFTA agreement in 1993. Jordan also secured a job at Revlon for Monica Lewinsky, a White House intern whose sexual encounters with the president spawned a scandal.

Jordan’s actions briefly drew the attention of federal prosecutors investigating Clinton’s actions, but he ultimately was not mentioned in a final report issued by special prosecutor Ken Starr.

This Day in History